The report found that at best, a sales tax on services might reduce budget volatility by a fraction – but at an incredibly high cost for California consumers, taxpayers and businesses. At worst, taxing professional services that are cyclical and track the economy could exacerbate budget volatility.

Budget Volatility Remains Under All Scenarios

The CFCE report examined four different sales tax on services scenarios, based on proposals and comments from sales tax proponents: 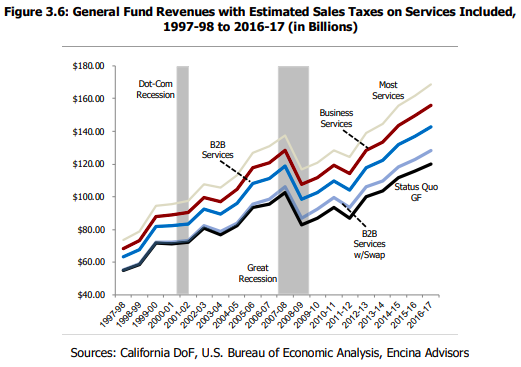 California’s Large Budget Deficits During Downturns Remain Under All Scenarios

A sales tax on services would have increased the size of the state’s budget but would not have reduced the deficits the state faced during the Recession.

The primary cause of volatility is the state’s progressive income tax, wherein people with higher income pay higher income tax rates on their higher levels of income. California’s top tax bracket of 13.3% on income over $1 million is the highest in the country.

Personal income taxes make up 70% of the annual revenue into the state’s General Fund. For high-income earners, much of their taxable income is generated by capital gains, which are dependent on the economy and can be particularly volatile during economic swings.

Any effort to meaningfully address budget volatility would need to address this issue, but that would likely require moving away from California’s progressive tax policy. 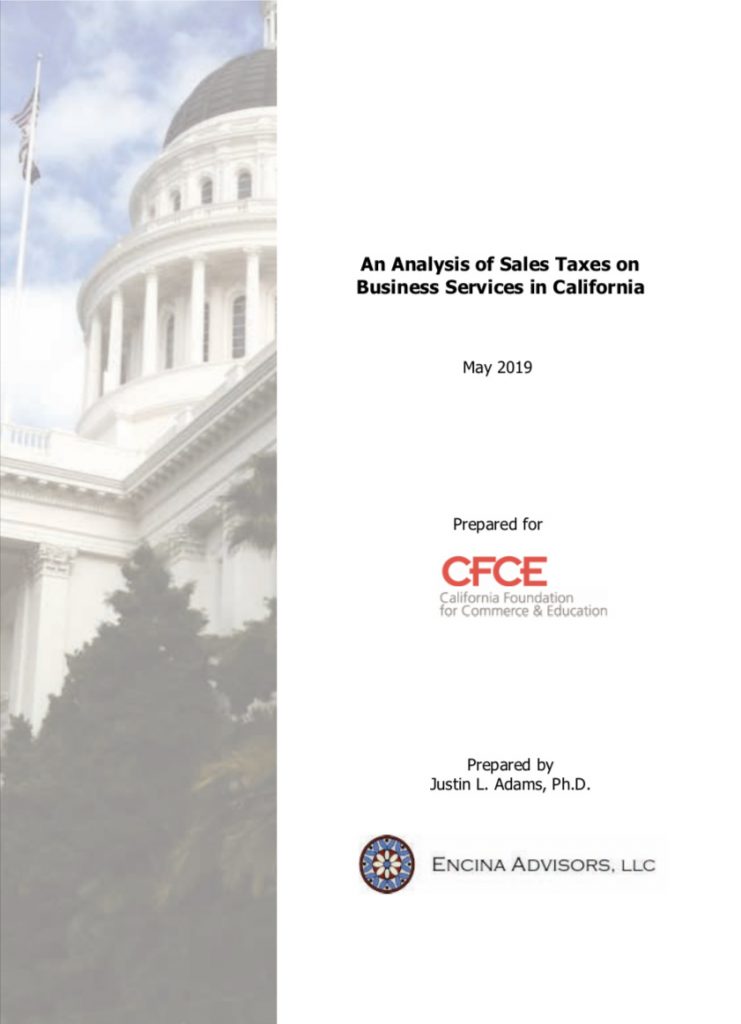